FORD CHALLENGEPRAGUE will start from Střelecký island the next weekend. The unique track leading through the centre of the Central European metropolis attracts competitors from all over the world. The organizers introduced a new route for the cycling part. Just like last year, the elite triathletes, home stars, para athletes and enthusiastic amateurs will compete in Prague. The latest confirmed star is the Olympic medallist Lisa Nordén.

Triathlon fans may look forward an attractive race in Prague, where more than 1360 athletes from 45 countries will perform. The start list includes the World Champion and silver medallist from the last year’s edition of FORD CHALLENGEPRAGUE Pablo Dapena, winner of 2017 Pieter Heemeryck and rising start of the world triathlon Frederic Funk. The Paralympic Rio 2016 winner Andrew Lewis will also feature in the main race. “I wanted to take part in this race because I already competed on some of the other Challenge Family races and was impressed by the organization. I like to race in the centre of a beautiful city,” said British para triathlete. Among home stars, Lukáš Kočař, Tomáš Řenč, Petr Soukup, Petr Vabroušek, former tandem cyclist Marek Moflár or handbiker Jan Tománek will not be missing.

In the women’s category, Czech star living in Australia Radka Vodičková-Kahlefeldt will compete, such as last year’s winner Katrien Verstuyft from Belgium and silver medallist from London Olympics Lisa Nordén from Sweden. “I haven’t participated in any of the Challenge series for a long time, so I was happy to find that Prague fitted really well with my schedule. The course looks beautiful and city races very often have a very good crowd and atmosphere which I very much enjoy when I race. My goal for the race is to have solid test for where I’m at, to bike very hard and hopefully be strong enough to produce a solid run. After my injury I haven’t had time to rebuild my run a lot but hopefully it should be strong enough to get me on the podium,“ admitted Nordén.

Brand new cycling part: more technical than it was in previous years

An important news of the upcoming race is the change described by the director of FORD CHALLENGEPRAGUE, Tomáš Vrzák. “While the swimming route does not change this year, the running and especially the cycling section has undergone changes. The run is only about extending of the stretch on Strakonická street, which will reduce the number of loops from four to three. The cycling part has undergone a complete change and is the result of compromises that have been found with the concerned subjects and institutions.”

Thus, a route was created that is equally interesting and more technical than it was in previous years. “The route leads along Stranická street to Velká Chuchle, Radotín and two circuits follow between Ořech, Zbuzany, Nučice, Mezouň, Vysoký Újezd, Kuchař and Chýnice. The biggest climb is expected by racers in the arrival on this circuit from Radotín,”presented Vrzák the new cycling circuit.

The world triathlon race will start on July 27 from Střelecký island. The centre of the race is placed on Legion Bridge with the finish at Vítězná street. There are four categories: the main race FORD CHALLENGEPRAGUE MIDDLE consists of 1.9 km of swimming, 90 km of cycling and 21.1 km running. SCOTT CHALLENGETRY-ATHLON is designed for athletes who love challenges and at the same time do not dare to compete at the full-length track – the distances at this race are shorter. Popular team race CHALLENGEPRAGUE RELAYS will not be missing as well, such as HERVIS CHALLENGEJUNIOR, running competition for children, which will take place on Střelecký island in the afternoon on Friday, 26th July. Families with children can look forward to another sports program during the weekend.

Those interested in starting at any of the triathlon races can register at www.challenge-prague.com.

The courses of the race are published here. 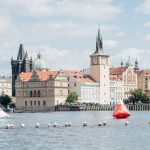 The most important information before the raceLatest news, News, Uncategorized 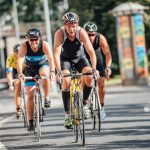 The most important information before the SCOTT CHALLENGETRY-ATHLONLatest news, News, Uncategorized