Man never loses. He only loses when he gives up, says Jan Mühlfeit

The mission of the global strategist, coach and mentor Jan Mühlfeit is to help individuals and organizations around the world to unlock their human potential. During his career he has met and collaborated with many people from global business, politics and sports. He has held leadership position at Microsoft for nearly 22 years and he is a popular speaker at major institution conferences. His work also includes coaching the Czech junior triathlon team and other top athletes, such as Adam Sebastian Helcelet, David Svoboda or Patrik Schick. Last year, Jan Mühlfeit attended the relay race at FORD CHALLENGEPRAGUE and he will not be missing this year.

You attend the FORD CHALLENGEPRAGUE race last year. What brought you there? In which category and section will you participate this year?

Last year I raced because Lenka Kovářová invited me, she knew that I was running. We met by the time I started working as a mental coach for TOP CAMP of the Czech Olympic Team. I competed in the relay; specifically the running section and I will run this year as well. I am looking forward very much.

Both amateurs and professionals can compete in this race. What do you think about it?

It is clearly a great idea. I think it is a kind of encouragement for amateurs to see pro racers next to them. Triathlon is a wonderful sport, of course demanding and it requires some physical and mental capacity.

How would you encourage people to join the FORD CHALLENGEPRAGUE?

Sport generally leads people to think better and use better their memory. Triathlon is truly exceptional thanks to the combination of three activities, during which people can learn a lot of new things, endurance and mental strength, which they can use in everyday life. Man never loses. He only loses when he gives up. Everything else is just positive experience that can help us in the future.

In what aspects do you think the triathlon is the most demanding?

It is difficult sport not only in physical, but also in mental terms. It is necessary to prepare well, because on the track several crises can come. The part of our brain could come and say give up, you don’t have a day today. Especially in a long triathlon, mental setting is crucial. People need to work on their head because the barriers are always there. If we are able to calm down, then we will optimally use the subconscious, into which we are able to store and at the same time extract essential things.

You cooperate with the junior triathlon national team and other top athletes. How does your work look like?

Above all, it is important that athlete gets to know himself, so he can get to know the surroundings and his opponents better. When I know myself well, I can see how it will look on the track as well. To begin with, it is good to say what the strengths and weaknesses are and then work with how to get into the so-called flow – this is a space in which we use our talent even in difficult times and where time is virtually shut down. If athletes get into this flow, they can be up to 500 per cent more productive. At that moment, we use our subconscious where we have placed our skills and knowledge. With the triathlon national team, we held various seminars, which included knowing and identifying general talents, trying to figure out how their heads worked, because we usually don’t behave differently in life than in a race. Furthermore, there were some breathing techniques, mantras and we tried to face crises that occur during races. Then, of course, the whole track is visualized and in general we train mental resilience, the ability of a person to flow in difficult conditions. 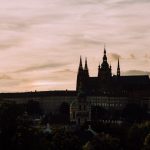 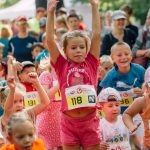