More than 3 months are left till for Challenge Prague. However, you should start your preparations already. If you are one of those who are now dusting your bike, buying new running shoes and studying swimming techniques at Youtube, read the tips from triathlete Petr Soukup. What to look for in the upcoming months and which trainings should you include?

If you want to in the best shape for the July race, you should focus on volume training in April and May. In all three disciplines you should try to get the volume at a slow pace. In this period, quantity over quality is preferred.

In June, there are two months left before the race , there is no need to increase volumes anymore, but you should focus more on strength, especially in the first half of the month. In the second half of June it is good to add intensity.

The end of June and the beginning of July is the ideal time to try out the first shorter triathlon, try the load and the specifics of the triathlon at the racing pace. Then it’s time for some tapering!

The last week before the race I have been resting. However, it only works if you have been working out since April. 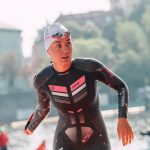